Linked to our 'Who's the Greatest?' research topics our whole school assemblies have continued the trend of looking at inspiration people. This has focused on the ideas they promoted, the ideals they upheld and how they strived to make the world better. All these great people were either: innovative, great leaders or demonstrated social and moral justice and that every person deserves to be treated with dignity and respect.

Our assembly on 05 March was about Martin Luther King. Born in Atlanta, Georgia, as the son of a schoolteacher and minister, Martin Luther King grew up as part of racially divided America - experiencing first hand the negative experiences of segregation and discrimination. Despite such negative experiences, from childhood, and a system that treated him as inferior, his mother taught him that.... "he was as good as anyone." He fought against this social injustice and his inspirational speeches helped to bring about the change required to make USA the country that it is today. He is best remembered for his, "I have a dream" speech, where he put forward his vision of a day when freedom and equality would be achieved in America. The whole world stood up and took notice of what he said. 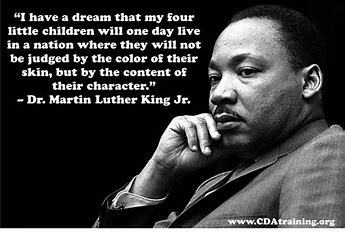 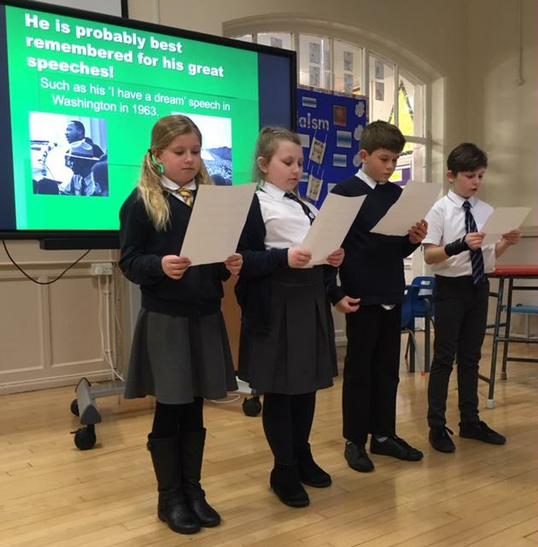 Some Class 10 Children read from Martin Luther King's speech.. 'I Have a Dream!

On 29 January we remembered the life of Captain Robert Scott. 'Scott of the Antarctic was a naval officer and explorer who died attempting to be the first to reach the South Pole. Many thought that he was trying to achieve the impossible but on 17 January, 1912, he reached the South Pole only to find that a Norwegian explorer called, Roald Amundsen, had beaten him there. 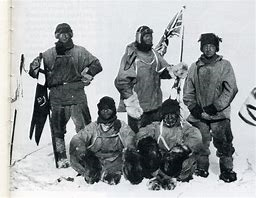 On 23 October, 2017, our assembly was about William Wilberforce. Born in Hull, in 1759, he led the parliamentary campaign to abolish slavery. At the time Britain was heavily involved in the slave trade and many slaves died due to the terrible conditions that they were exposed to. Wilberforce started a campaign against this, which included boycotting sugar  from the plantations where slaves were used. Finally, in 1807, The Abolition of the Slave Trade Bill was passed and parliament gave a round of applause to Wilberforce, who had tears running down his face. 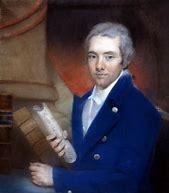 This was our assembly on 09 October, 2017. Eric was a Scottish Olympic Gold Medallist, Rugby Union player and Christian Missionary. He is best remembered for his gold medal in the 1924 Paris Olympics, where he had to switch to the 400 metres because he refused to run on the sabbath. This story is told in the 'Chariots of Fire' film. Eric then spent the rest of his life dedicated to spreading the Christian message in China. He believed that his speed was a gift from god.

"When I run I feel god's pleasure!" Eric Liddell. 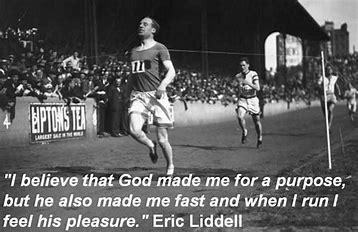 Welcome to our new school website that is launched today (September 2017).

We've update it to make blogging more accessible and teacher friendly so that this will increase the frequency of news and class updates.

It's also been re-designed to be smartphone friendly and have stronger links to both Facebook and Twitter - so hopefully easier for parents to use and stay in touch!

We've also included a Lifelong Learning section that will contain feature articles about some of the more special events that happen in school.

So, please start using it and let us know what you think!

Unfortunately not the ones with chocolate chips.

Some cookies are necessary in order to make this website function correctly. These are set by default and whilst you can block or delete them by changing your browser settings, some functionality such as being able to log in to the website will not work if you do this. The necessary cookies set on this website are as follows:

Cookies that are not necessary to make the website work, but which enable additional functionality, can also be set. By default these cookies are disabled, but you can choose to enable them below: